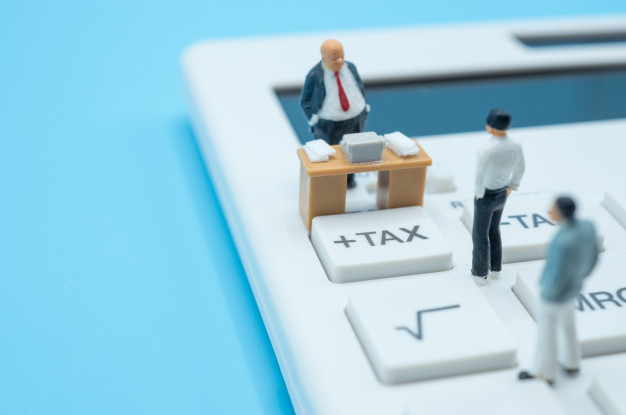 In the United Kingdom, income tax is the most common form of direct personal taxation. It is calculated as a percentage of a person's earnings and is collected by HM Revenue & Customs (HMRC) and paid to the Treasury.

Income tax is a tax levied on money earned by individuals, for example, income from employment, interest, dividends, sale of property or other assets, operating a firm, or receiving benefits.

The tax rates are announced each year in the budget by the Chancellor. It usually follows three steps, no income tax for people with lower incomes, reduced rates for others, followed by higher rates for higher incomes earners.

What kinds of income are taxable?

Income includes the income you receive from a job and several state benefits, money earned as a business owner, and some forms of interest.

Not all forms of income are taxed.

You must pay income tax on the following items:

What is the purpose of collecting Income Tax?

HMRC collects income tax on behalf of the Government.

Income tax revenue is typically spent on public services such as the NHS, education, the healthcare system, and public initiatives such as highways, the welfare system rail, and housing.

Income Tax in the United Kingdom

In the United Kingdom, the country in which you reside decides the income tax rates you pay, as well as the authority to which you pay it. HMRC collects Income Tax in England, Wales, and Northern Ireland. You must pay Scottish Income Tax to the Scottish Government if you live in Scotland.

Anyone residing in Wales will be required to pay Welsh Income Tax to the Welsh Government.

The level of tax charged rises as the amount of the individual or company's taxable income increases.

According to the progressive tax rate system, people belonging to higher income bands must pay more taxes. After subtracting deductions and allowances, tax is usually applied to overall income.

It is an effort to make Income Tax as equitable as possible so that those who receive the most contribute the most.

Income Tax is payable at the following rates in England, Wales, and Northern Ireland:

When an individual receives more than a tax-free personal allowance (£12,570), tax is levied at the standard rate (20%) on their taxable income before they meet the basic rate cap (£50,270).

Following that, all income is taxable at the additional rate (45 per cent).

Income tax deductions are typically rendered "at source," that is, by the paying authority (the employer) and transferred to HMRC without touching the taxpayer.

Self-employed individuals, on the other hand, must self-assess their tax obligations on an annual basis.

Income Tax has many tax-free allowances, which means you can receive up to a certain amount before being charged.

Every year, UK tax residents are entitled to earn or receive a certain amount of taxable income tax-free. It is known as 'Personal Allowance.' For those born blind, a Blind Person's Allowance is available in addition to Personal Allowance.

The Personal Allowance is the primary tax-free allowance.

There are also other allowances for various forms of income, such as:

What Is the Process for Paying Income Tax?

An individual will pay UK income tax in two ways:

How to File an Income Tax Return in the United Kingdom

The tax year in the United Kingdom runs from 6 April of one calendar year to 5 April of the following year. It means that the current tax year is 2021/2022.

You can file your self-assessment return by post or online, but HMRC prefers that you do so online. You must first obtain a Unique Tax Reference (UTR) number. This can be seen on past tax returns and other HMRC correspondence and your online government gateway account.

Residents must inform HMRC of any changes to their tax status by 5 October following the conclusion of the relevant fiscal year. The following are the deadlines for filing UK tax returns:

Returns submitted up to three months after the deadline are subject to a £100 fine.

A regular penalty of £10 per day could be imposed for the next three months.

If the failure lasts for more than six months after the filing date, a further fixed penalty of £300 or 5% of the tax liability is imposed (whichever is the greater).

Returns filed 12 months after the deadline are subject to additional fines, which can amount to up to 200 per cent of the tax liability in some instances.

If you don't have all of the details you need for your UK tax return, you can use provisional figures to meet deadlines.

Paying taxes is mandatory for everyone, whether it is a company or an individual.

So, to get the benefit of various allowances and deductions, you can take the help of a tax accountant.

Tax accountants will assist you in keeping on top of deadlines, preparing your annual accounts and filing tax returns, as well as claiming certain tax rebates and refunds.

Hire a specialist tax advisor if you need assistance with a specific complex tax matter.

Okay! Let's find you a perfect Accountant, Tax advisor or a Bookkeeper

Sophia is a full-time financial writer at experlu. she is a passionate blogger and love to share her knowledge on various subject. Content created by Experlu– are loved, shared & can be found all over the internet on high authority platforms.

Sign up to get our top tips and tricks weekly!

Connect with Experlu verified Accountants near you.